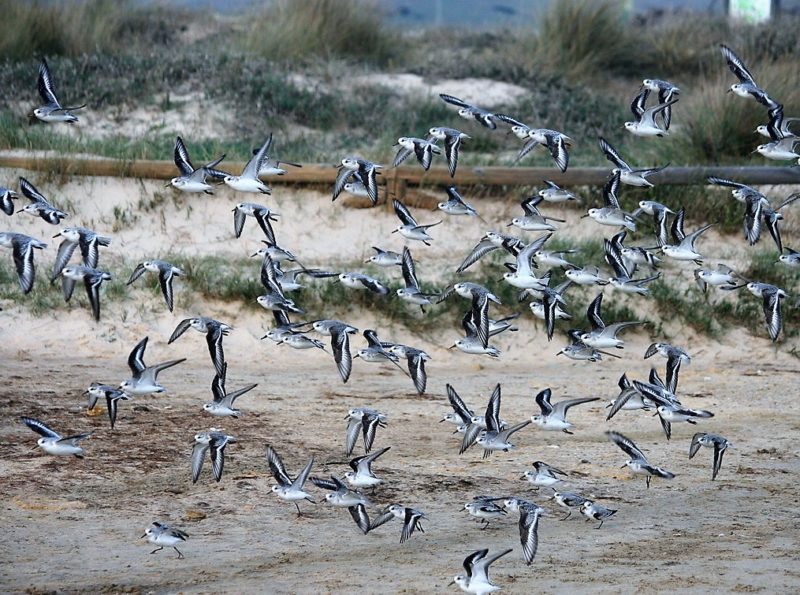 Another important asset, for people coming to Tarifa, specially for lovers of ornithology, are the multiple birds species, as well as those ones who come to visit colonies of cetaceans, that live permanently, in the Strait of Gibraltar.

As we have explained previously within the Tarifa natural environment, there are different ornithological observatories that allow, according to their situation, to see infinity of different species, both of the marshes next to the sea: herons, egrets, grebes, even the fisherman martin , etc. as well as all those migratory birds that cross the strait in large flocks: storks, ducks and kites, etc., and also native population of different species of birds: blackbirds, robins, starlings, etc. , different types of raptors: kites, goshawks, hawks, different types of eagles and large colonies of griffon vultures that inhabit in the gullies, rocky areas, up in the highest parts of the mountains, which surround the Tarifa countryside.

Tarifa is a special place for bird watching, because it is the place where you can see the largest bird migration in Europe. This phenomenon occurs mainly in spring, where the large gliding birds, fly from south to north across the Strait of Gibraltar and looking for breeding sites in Europe for autumn.

The phenomenon is reversed in the autumn season, when the migration is reversed from north to south, and the birds flee the European cold to look for warmer areas crossing the Strait of Gibraltar again.

Many times, depending on the strong winds of the strait, the flocks remain in Tarifa waiting for the right moment to take the great leap off the continent, crossing the 16 km that separate Europe from Africa. Some of the species like storks cannot fail, if they got exhausted and have also wind against; they can fall into the water and perish in the Strait. 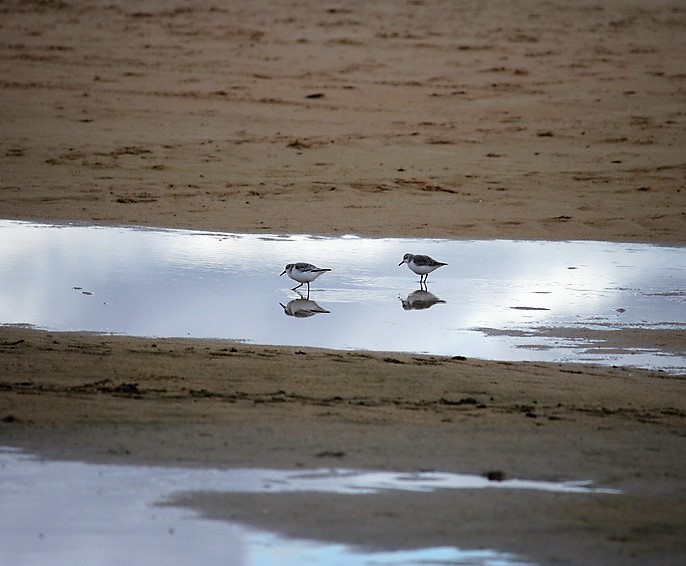 The phenomenon of migration, once the periods mentioned cover different months, can be observed throughout the year. The spring season goes from January to June and the autumn season goes from June to December.

For the observation of birds in the marshes, close to the maritime areas, without any doubt from our apartments in Tarifa, the apartments of Las Cañas Complex and Magallanes are the best for this purpose, due to the proximity to the ornithological observatory of the natural spot of the Lances, which is reached through a huge wooden walkway.

For the observation of migratory birds, nothing better than the apartments of Senses Building located above the Island of Las Palomas, on which all the birds that want to cross the strait fly, in one or another direction.

Of our apartments in Tarifa, without a doubt the Ahumada villas, are the best accommodation if you want to see the griffon vultures and the different species of birds and raptors that we mentioned above. Even from the Villas themselves, because they are placed in the middle of the Natural Park of Cork trees “Los Alcornocales”.

Another of the great attractions of Tarifa, are the stable population of dolphins and cetaceans of the Strait, there are many people dedicated to this issue, both at a scientific level, as a business and tourism attraction. In this sense, there are several companies that organize daily excursions, to see these wonderful animals and also have a percentage of success, in the sightings of almost 99% of the trips.

The extensive population of striped dolphins and “delfin mular” bottled nose dolphins of the Strait of Gibraltar, as well as the families of “Calderones” Pilot Whales, that inhabit their waters, almost assure watching them any day of the year. This fact, supposes a touristic bomb and thousands of people every year, have the opportunity to observe it, at a very reasonable price, in the excursions that leave from the port of Tarifa at least twice a day.

Something more complicated to see, but also very much possible, is the existence of large whales and especially Sperm whales. These huge leviathans rest calmly on the waters of the Strait and then submerge in a huge dive that leaves the typical image of the vertical whale tail sinking into the water. These predators are immersed in the enormous depths of the Strait of Gibraltar, in search of large squid, their favorite food.

One of the main attractions of the excursions is the possibility of sighting the families of Orcas (Killer Whales) that inhabit the Strait. There is a census and individualized population of each specimen, currently there are approximately 60 killer whales, which live permanently in the Strait of Gibraltar and feed mainly on Red tuna (Blue fin tuna).

Studies show that the peculiarities of the orcas of the Strait are different and there is no relationship whatsoever with orcas other areas of Spain and Europe:
such as those of the North or those of the Canary Islands. Killer whales are born in families that make up a group and usually stay their entire lives in it. 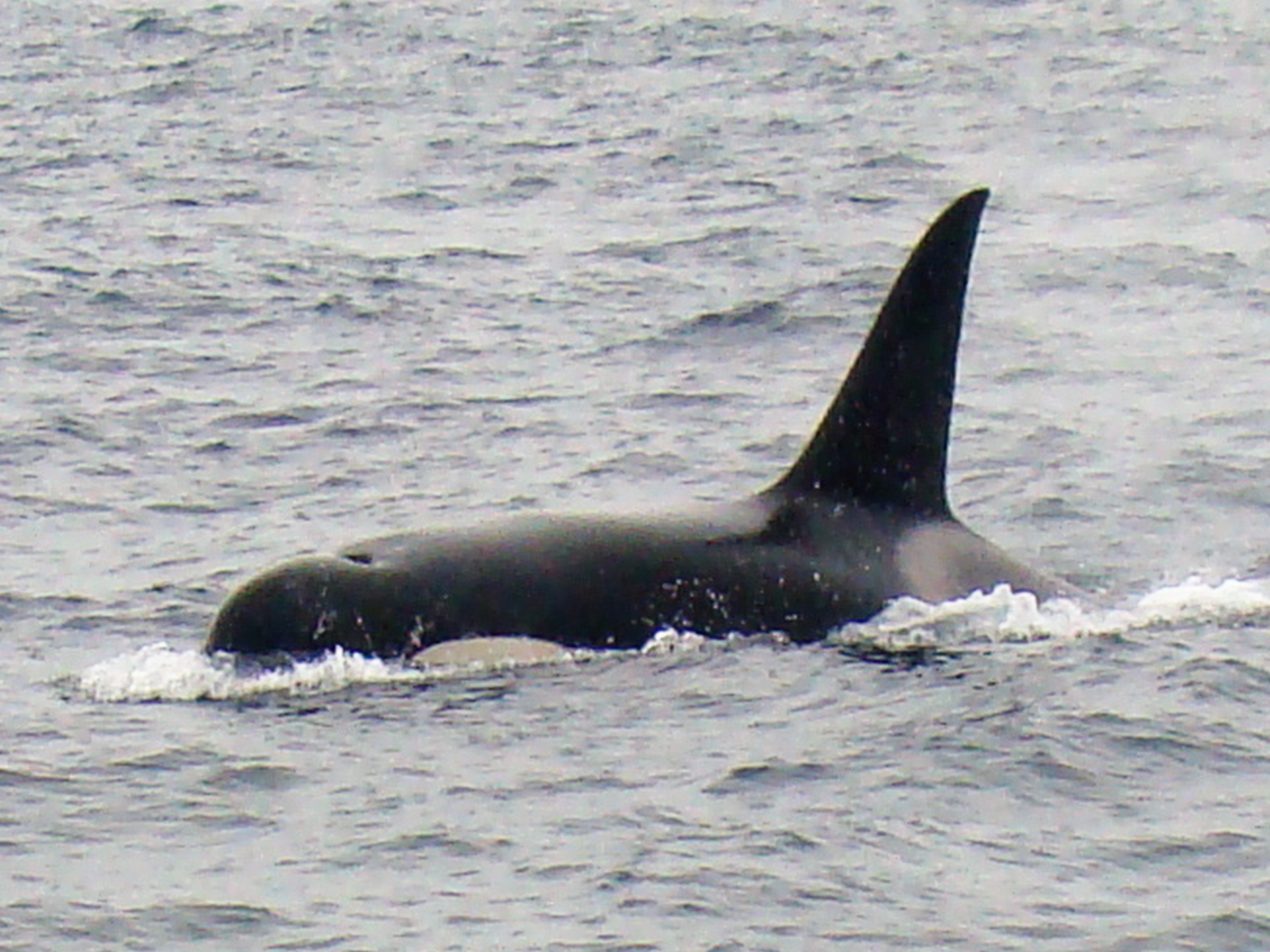 The orca encounters are common in the Strait of Gibraltar, there has never been an attack on humans, they have a lot of fish and especially tuna to eat. But not always the encounters with humans are friendly, because this intelligent animal, likes easy food, and nothing easier than eating a tuna hooked on the rod a fisherman who has spent two hours trying to get that beast from 200 to 800 kilos off the water. When there are just a few meters to take the tuna up to the boat and get a fabulous catch, (which can generate significant economic benefits), the orca comes close and a single bite, destroy the tuna eating the grub and belly, with the logical anger and disappointment of fishermen.

They have been seen countless times in the vicinity of the traditional trap to catch tunas (Almadraba), and even once inside them. Bluefin tuna is undoubtedly one of the treasures of the Strait of Gibraltar and and we are not only the ones who like them along with Japanese ships who carried 90% of its production, tunas are also loved by our friends The Orcas.

To enjoy the sighting of dolphins and whales, any of our apartments in Tarifa is an ideal place to stay. The excursions leave several times a day and it is an experience that you should not miss.