Do not deceive anyone when you tell him that in Spain we love parties and celebrations. We find more than enough reasons to celebrate with our people for example: “the one and only Tuesday of the week …”. In Spain that happens, in Andalusia it happens even more than in the rest of Spain and in Tarifa there is still much more … Rare is the month in which there is no kind of party, opening, event, or sports competition, etc. each and every one of these meetings, of course, end up in a party. Each of these festivities attracts a multitude of tourists to Tarifa and also represents another engine that increase local tourism and benefits the hotel and restaurant owners in the area. Summer is the boom, the best period for: parties, concerts, etc. Hotel and apartments business competes to take away the great mass of tourists that converge in summer on the coast of Tarifa. The population of the town goes from being of the approximately 20,000 people surveyed, to be almost 150,000. Every day there is a different “party”, it is impossible to get bored.

In early September is the Royal Fair of Tarifa (La Feria), with its traditional houses and and attractions for children, then comes the White Night, the route of the Iberian pork food, Christmas, the wonderful Carnival, Processions of Easter Holidays, The Day of the horse, the Virgin of La Luz, the Cattle Fair, the tuna route, windsurf and Kitesurf competitions , the spring openings acts of all the businesses that are preparing to face the summer season. All this means a non-stop of events and opportunities for fun and enjoyment and they are an enormous incentive for Tarifa Tourism.

In addition to the main Royal Fair of Tarifa with its booths, the concerts, the jugs of Rebujito (seven up and a white wine called manzanilla), the flamingo dance and the Andalusian tradition, special mention for its peculiarity, deserve the Iberian and tuna routes . These routes consist of a contest to see who makes the best tapa of Iberian pork or tuna, according to the trade fair. In this contest participate in 30 or 40 different bars and restaurants in Tarifa, which for a ridiculous price of between three and five Euros offer you Tapas of an exceptional quality of one or another product and a drink that can be: wine, beer or soft drink. Visitors receive an official map, which is stamped in those establishments where they taste their tapas, and can participate in a raffle when they gather the number of enough stamps, from each of the assigned areas of the town. These gastronomical routes usually last about a week and are tremendously fun. The qualities of the food, the originality of the tapas and their presentation, end with a raffle among those establishments that have participated obtaining a prize in the first, second and third place. 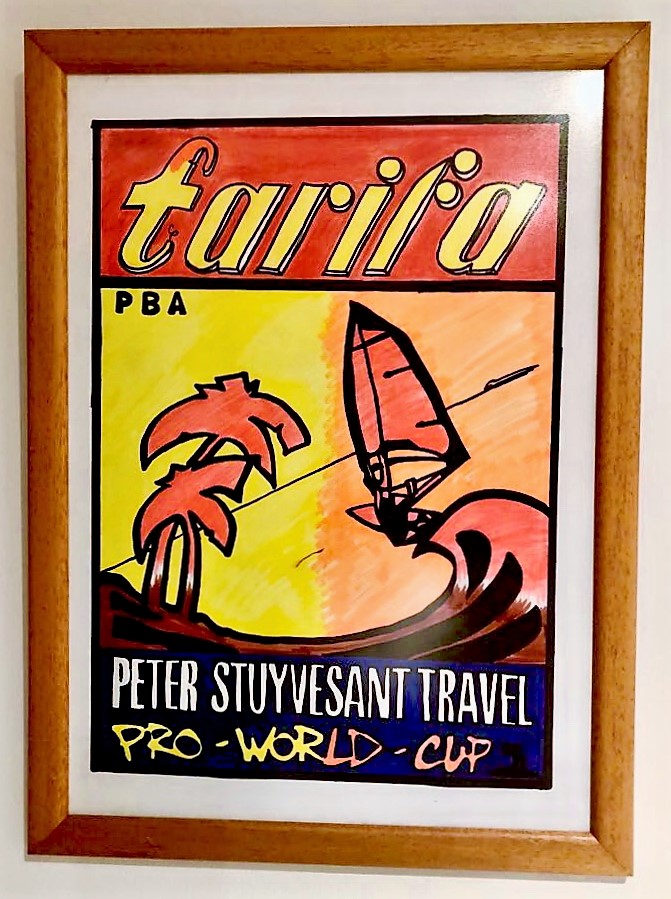 Special mention must of course always have Carnival. In the month of February, always one week after the Carnival of Cadiz has ended, Tarifa dresses up as a Carnival. They are the funniest days and nights of the year, everyone, absolutely everyone, dressed up in funny ways and gets out having fun. Performances of Chirigotas and Comparsas, (groups of people singing) official bands and illegal (called like that in a funny way, because they are not professionals but amateurs) in the streets, as well as the official competition at the Teatro de la Alameda, where the exceptional quality of the voices of Cadiz can amazed all those who are not used to listening to them. Irony, sharpness, criticism, sensitivity, great sense of humor, mockery , Art in its purest state … !!!All seasoned with various scenarios for the people and tents with all kinds of music and fun for everyone. Therefore, as we have explained any time of year is good to come to Tarifa and find some reason to celebrate something. All this, with the simple idea of enjoy living, this wonderful town and its people. Of our apartments in Tarifa, those located in the village, are perfect to enjoy all these celebrations: apartments of Senses Building (especially those ones for the proximity to down town and Alameda Theatre), Las Cañas and Magallanes.

This website uses cookies to improve your experience while you navigate through the website. Out of these, the cookies that are categorized as necessary are stored on your browser as they are essential for the working of basic functionalities of the website. We also use third-party cookies that help us analyze and understand how you use this website. These cookies will be stored in your browser only with your consent. You also have the option to opt-out of these cookies. But opting out of some of these cookies may affect your browsing experience.
Necessary Siempre activado
Necessary cookies are absolutely essential for the website to function properly. This category only includes cookies that ensures basic functionalities and security features of the website. These cookies do not store any personal information.
Non-necessary
Any cookies that may not be particularly necessary for the website to function and is used specifically to collect user personal data via analytics, ads, other embedded contents are termed as non-necessary cookies. It is mandatory to procure user consent prior to running these cookies on your website.
GUARDAR Y ACEPTAR